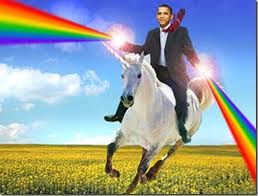 “The Obama administration is talking about ramping up screening of travelers who come from Ebola-infected countries. Many Americans are concerned that the virus may spread now that a patient has been diagnosed in Dallas. NBC News has learned that likely will mean adding CDC staffers at four airports: JFK in New York, Newark in New Jersey, Chicago and Washington Dulles. They’ll question travelers about where they have been and take their temperatures. A fever can be one of the first symptoms of Ebola infection, although it’s also a symptom of malaria, influenza and many other infections.

The administration says it does not support blocking flights from West Africa, in part because affected countries screen travelers on the way out. Dr. Thomas Frieden, director of the Centers for Disease Control and Prevention, says 77 people have been pulled out of lines to board flights from affected countries thanks to screening. The World Health Organization says blocking flights would only worsen the problem by making countries poorer and by discouraging aid workers from coming to help. But it’s possible to add screening at U.S. airports. “We’re also going to be working on protocols to do additional, faster screening both at the source and here in the United States,” President Barack Obama said Monday.”

A tepid half measure in response to a crisis has become a hallmark of this administration. Did we really expect anything else? You didn’t actually think that he would stop the people from arriving in the first place did you?

It is a dangerous and strictly reactionary plan that still allows them to fly here, with other passengers no less. Once here and ill, what then? Quarantine and treatment? That won’t open up the floodgates like his southern border policy did.

Forgive me for seeming a little less than humanitarian about this but this an outbreak of unprecedented scope. They have long admitted that their infection projections won’t hold because they were being based on isolated outbreaks in remote jungle villages.

One parting thought; If this does go viral, how about a nice march on DC?  Nod, wink, cough…

2 responses to “To the rescue!”