Thwarted ocean now behind her

Breaking waves in dark of night

Under load and straining rope

Slowly slips into the harbor

Stealth and darkness help to hide her

While anchor drops and warriors ready

‘Til deafening roar on ‘Morrow dawn

Bring death and war to our shores

No one here is set save you

Save yourself or perish surely

Now is the time to put fear aside

Douchebag cops at it again

They are lighting the fuse on a shooting war

I don’t think that they can be that stupid

The sheriff’s department says that at about 3:15 p.m. local time two deputies tried to stop Kizzee, who was riding a bicycle “in violation of vehicle codes.” When they approached him, he got off the bicycle and ran.

Sheriff’s Lt. Brandon Dean told reporters that deputies caught up to the suspect about a block away, and when they approached him, the man punched one of the deputies in the face and dropped items of clothing he had been carrying.

It was at that point deputies “noticed that inside the clothing items he dropped was a black semiautomatic handgun,” and that’s when both deputies opened fire, shooting the man “several” times, Dean said. Investigators recovered a handgun from the scene.

The man, later identified by the Los Angeles County Medical Examiner’s Office as Kizzee, was pronounced dead at the scene; an autopsy is scheduled for later Tuesday. Neither of the deputies were injured, Dean said.

Activist Najee Ali, who is representing the family alongside attorney Ben Crump, denies that Kizzee was a threat at the time of the shooting. “Being in possession of a gun, but actually using a gun, having it in your hands are two different things,” Ali said, adding “he did not point the gun” at officers.

This will not end until we end these corporations.

Liberty will not be restored as long as this is allowed

“Some of America’s largest corporations have pledged or donated hundreds of thousands of dollars to the main Black Lives Matter organization, founded by “trained Marxists,” that calls for replacing the nuclear family with a “village.”

Black Lives Matter as a movement or sentiment is not necessarily tied to the radical organization, called the Black Lives Matter Global Network Foundation, but it has become the greatest beneficiary of corporate largesse.

The Daily Signal previously reported that the website for the Black Lives Matter Global Network Foundation notes that replacing the nuclear family structure and promoting the LGBT political agenda are central to its mission. A co-founder also has said that she and other “trained Marxists” formed the network foundation.

The BLM Global Network Foundation began in 2016 with the fiscal sponsorship of Thousand Currents, a liberal nonprofit group. Susan Rosenberg, convicted and imprisoned in 1984 for domestic terrorism, is vice chairwoman of Thousand Currents’ board of directors, The Daily Signal also reported.

At least 18 companies have donated or pledged to donate money to the BLM Global Network Foundation, according to a list compiled by the Washington-based Capital Research Center, which monitors nonprofits and charities. Another seven companies have not been clear which Black Lives Matter entity they chose for contributions.

Thousand Currents has said that all donations filtered through it, corporate and otherwise, “are received as restricted donations to support the activities of BLM.”

The Daily Signal contacted spokespersons for all the companies mentioned in this report several times over the course of a week, seeking comment about their financial support for the Black Lives Matter Global Network Foundation.

The Daily Signal asked whether the companies supported that organization’s stated beliefs and goals, which extend well beyond advocating racial equality and opposing police brutality. “

Several companies state merely that they are giving to “Black Lives Matter,” without specifying which organization. The BLM Global Network Foundation likely is the recipient, given its prominence, but that isn’t always clear in an announcement.

It also is possible that, similar to the tech giant Cisco, other companies gave to the Black Lives Matter cause through donations to traditional civil rights groups such as the NAACP and the Urban League.

A growing roster of corporations has issued press releases, memos, and tweets vowing financial support for “Black Lives Matter,” linking directly to or using the Twitter handle of the Black Lives Matter Global Network Foundation. Here are 18 of them, plus some examples of ambiguous giving.”

Are you ready for war?

From the wife: My life matters 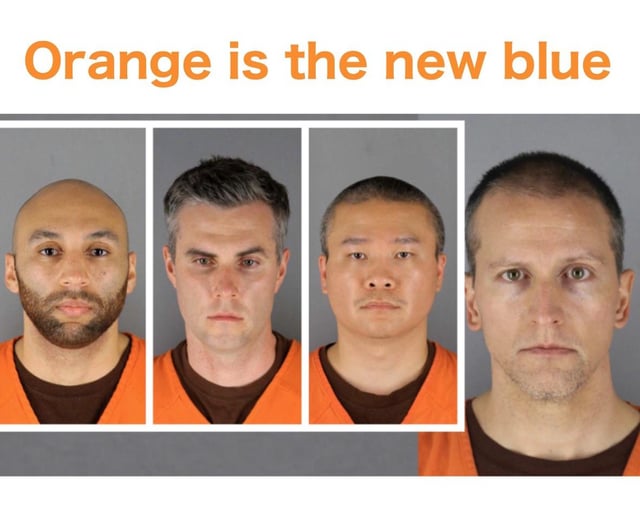 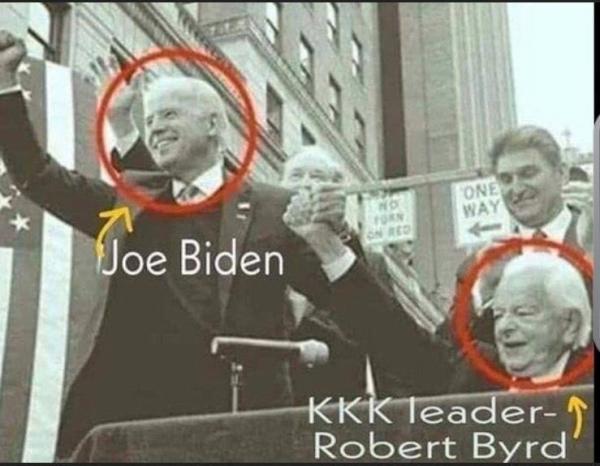 And we have been waiting for decades. 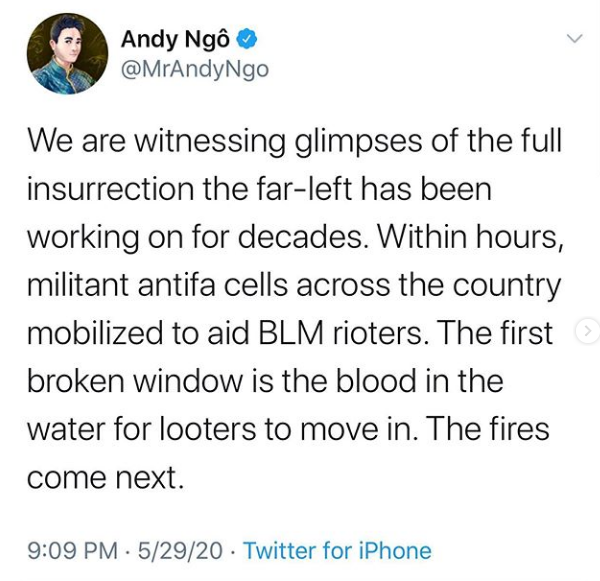 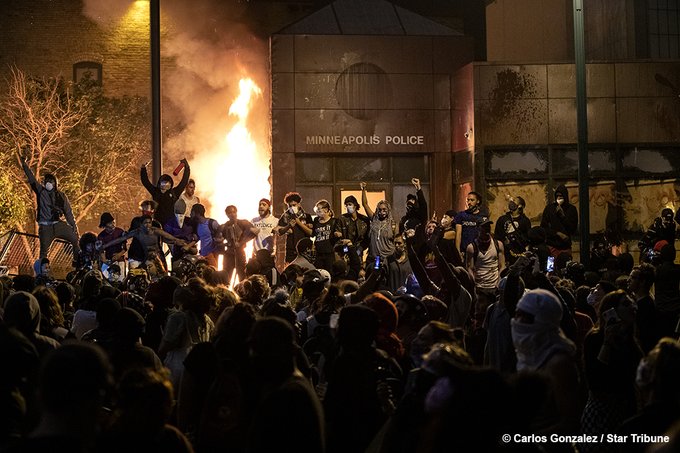 Posted on May 29, 2020 in civil war, dirty cops, Revolution, Uncategorized

“Sickening, hateful and vile”  Well, get used to it you bunch of rat bastards. The consent of the governed is being withdrawn. We see what you want, we see what you do and we are forced to pay for it at the threat of imprisonment.  We no longer have representation or even a pretense thereof. This is just the beginning.

“A large group was at the capitol for what was billed as a ‘Patriot Day and Second Amendment Rally.’ Near the conclusion of the rally, however, pictures show someone hanging an effigy of the governor from a tree, along with a sign reading ‘Sic Semper Tyrannis,’ a Latin phrase meaning ‘Thus always to tyrants.’

John Wilkes Booth is widely believed to have yelled the phrase after assassinating President Abraham Lincoln in 1865.

A long list of lawmakers and other leaders on both sides of the aisle responded on Twitter, calling what happened “sickening,” “hateful” and “vile.”

The Courier-Journal reports a group of protestors then gathered right outside the Governor’s Mansion chanting “Come out, Andy.”

WKYT has seen on Facebook from the rally organizer that they delivered a ‘Declaration of the Free Citizens of Kentucky,’ that demands ’s resignation.

At this time, WKYT has not received confirmation that whoever hung the effigy was a part of the rally.” 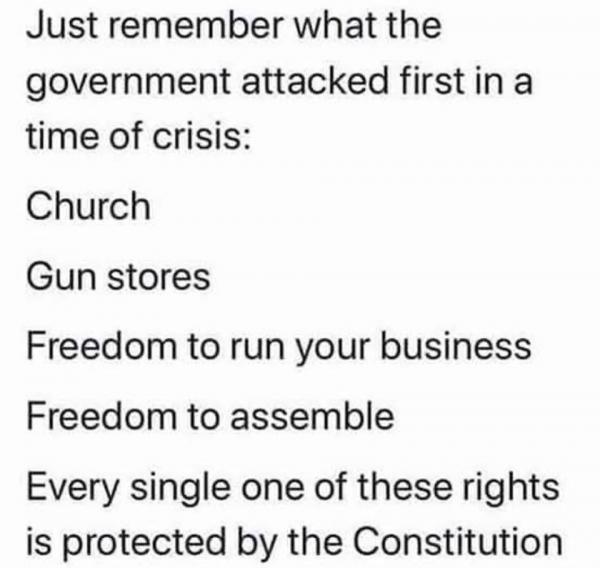 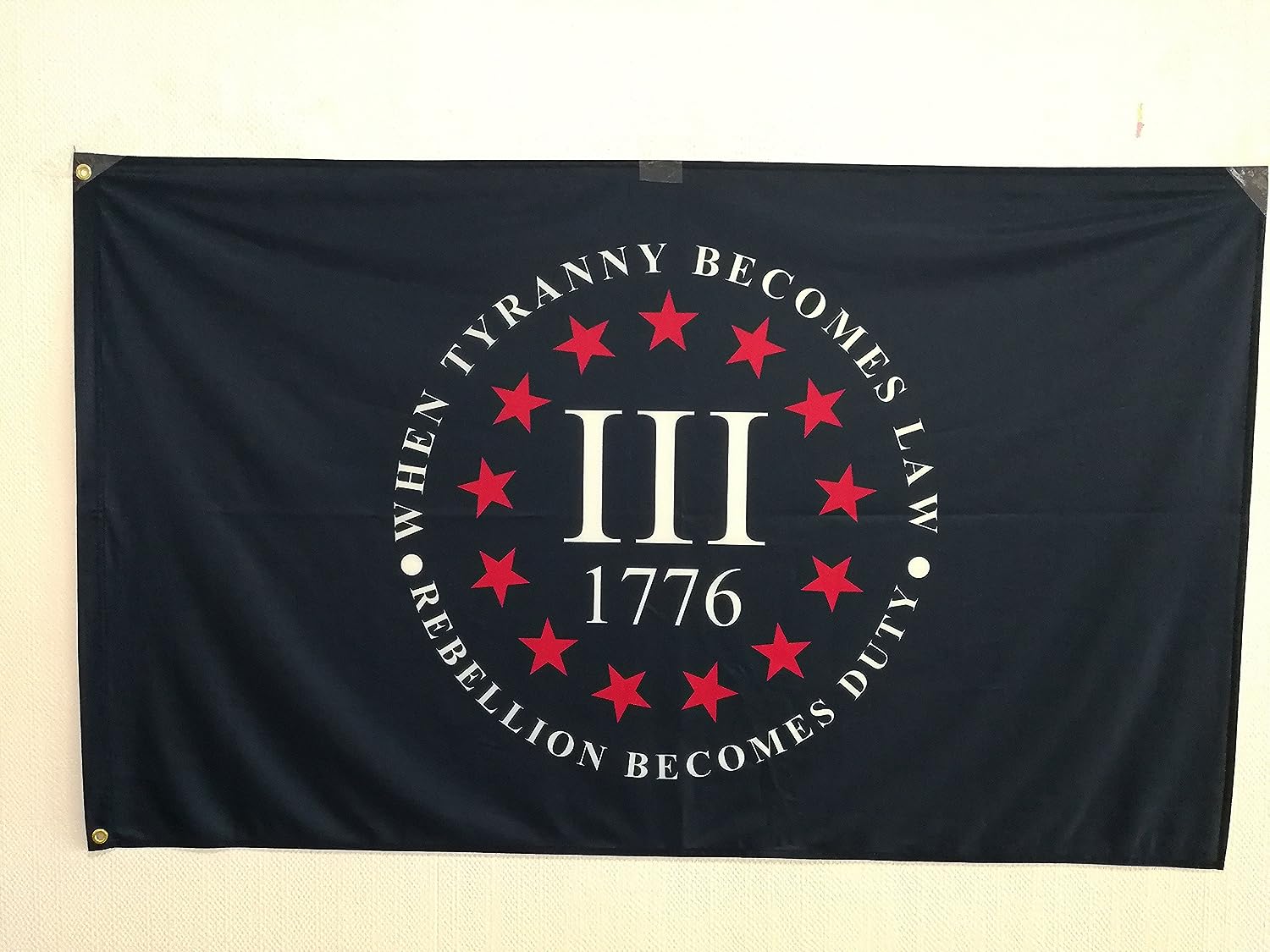 Supreme courts struck down the law likening it more to a prison than a free society. Local progressive, freedom hating tyrants refuse to relinquish power.   Liberals, progressives, big Govt. lovers… They are not my brethren. They are enemies of liberty and enemies of mine.

Well then, maybe it is time to start acting like it 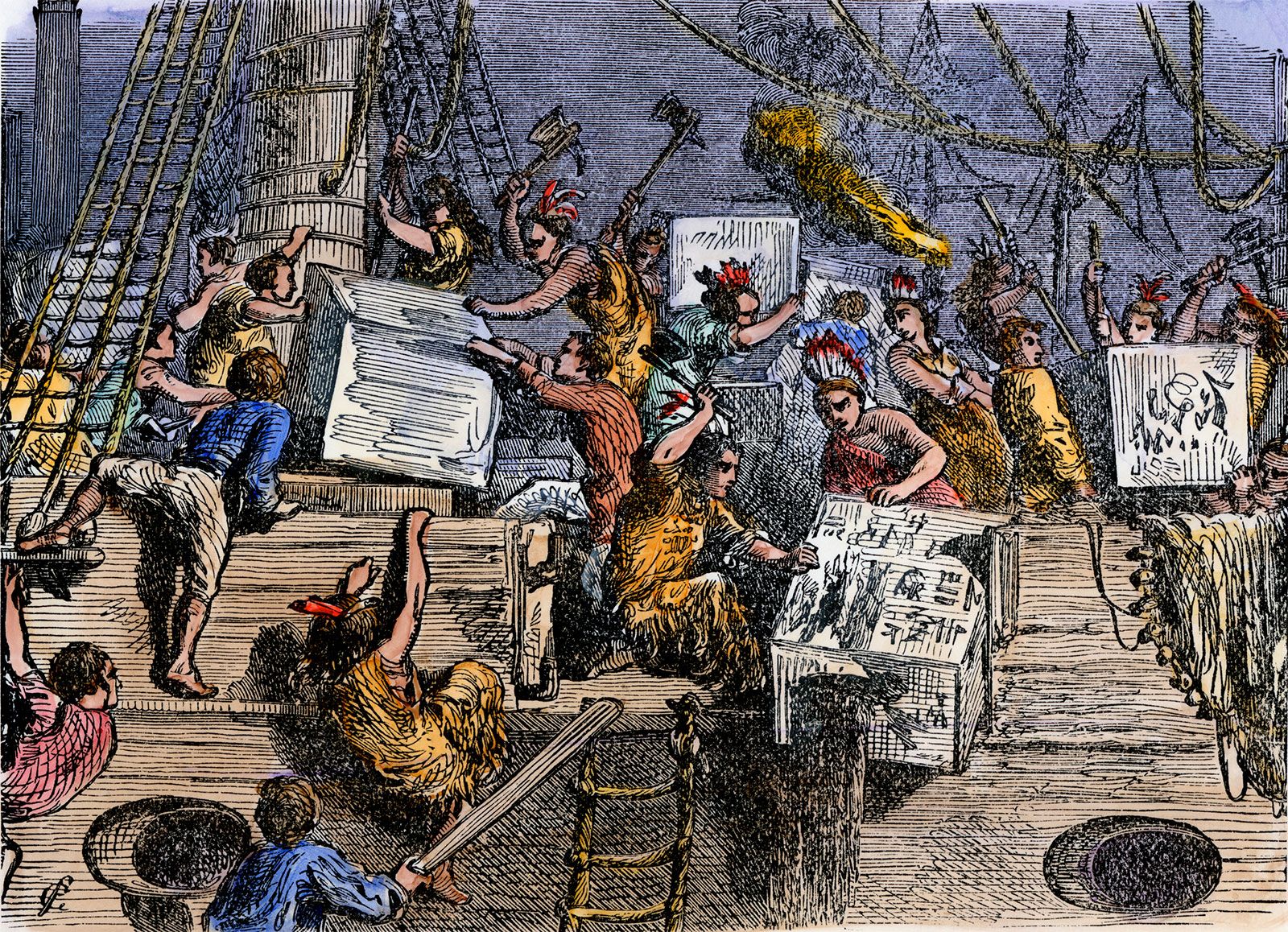 Time to start pushing back

Notice the part below about the Nazi bitch being a top contender for V.P.    What we have today is our soon to be dystopian future if we do not end it.   This is not Britain, this is not Russia; We have the right to assemble whether the Govt. recognizes it or not. Freedom is not something granted by those in power. Freedom is something that is taken by free men, regardless of whomever might try to stop them. Happy Friday everyone.  Stay free…..

“DETROIT, April 16 (Reuters) – As sweeping stay-at-home orders in 42 U.S. states to combat the new coronavirus have shuttered businesses, disrupted lives and decimated the economy, some protesters have begun taking to the streets to urge governors to rethink the restrictions.

A few dozen protesters, many with young children, gathered in Virginia’s state capital of Richmond on Thursday in defiance of Democratic Governor Ralph Northam’s mandate, the latest in a series of demonstrations this week around the country.”

“On Wednesday, thousands of Michigan residents blocked traffic in Lansing, the state capital, while protesters in Kentucky disrupted Democratic Governor Andy Beshear’s afternoon news briefing on the pandemic, chanting “We want to work!”

States including Utah, North Carolina and Ohio also saw demonstrations this week, and more are planned for the coming days, including in Oregon, Idaho and Texas.”

“In Michigan, where Democratic Governor Gretchen Whitmer has imposed some of the country’s toughest limits on travel and business, some protesters at “Operation Gridlock” wore campaign hats and waved signs supporting Trump.

Whitmer is considered a top contender to be the running mate of Democratic presidential nominee Joe Biden when he takes on Trump in November’s general election.

One of the organizers of the demonstration in Lansing, Meshawn Maddock, said she was frustrated that much of the media focused on a handful of protesters who gathered on the steps of the capitol, including militia group members”

Getting on my last nerve 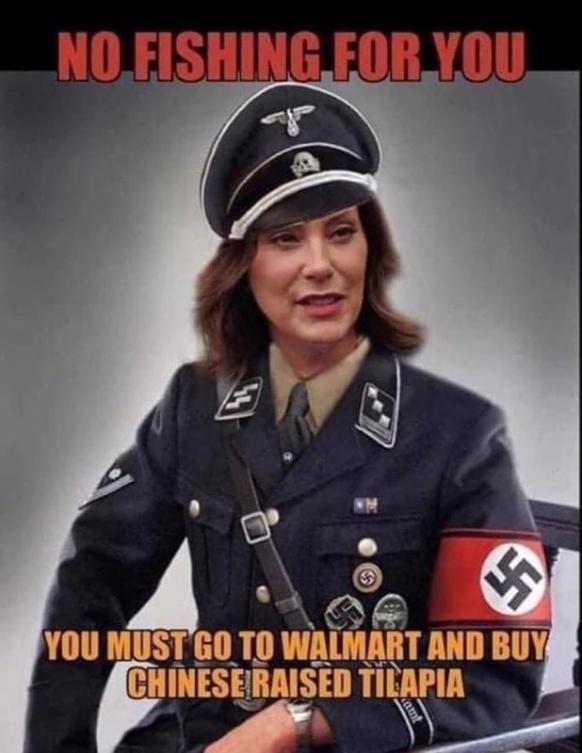 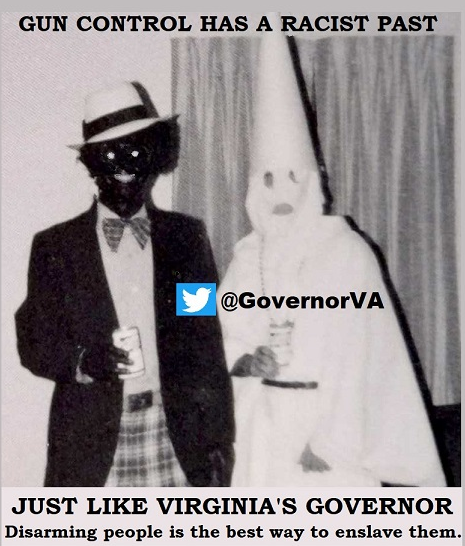