Meanwhile down in Texas…. 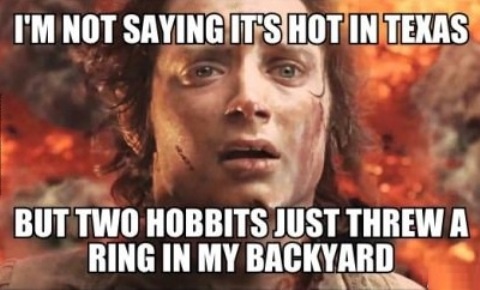 “HOUSTON (AP) — Hundreds of individuals, some armed, gathered at a Houston park to protest what they believe are efforts to remove a statue of Texas hero Sam Houston because he owned slaves.

There hasn’t been any organized effort to remove Houston’s statue, which has stood near a city park since 1925.

Protesters, some who carried Confederate flags, said Saturday they’re concerned local activists have been calling for the statue’s removal.

But it’s not clear any such removal efforts have been formally proposed in the wake of other cities around the country taking down Confederate monuments.

While Houston — who was the Republic of Texas’ first president — owned slaves, he also refused to take an oath of allegiance to the Confederacy.”

Texas Gov. Greg Abbott says the state will become the first to sue the Obama administration over new federal guidance for transgender students in public schools.

Abbott later said at a book signing that the lawsuit will challenge how Obama is “trampling” the Constitution.

Several conservative states have vowed defiance since federal officials this month told U.S. public schools to let transgender students use the bathrooms and locker rooms to match their gender identity.

Texas Lt. Gov. Dan Patrick has said the state is willing to forfeit $10 billion in federal education dollars rather than comply.”

” A federal judge in the district court of South Texas has ordered top officials with the Department of Homeland Security — including Sec. Jeh Johnson — to appear in person in his court in Brownsville next month to show why they should not be held in contempt for violating an injunction issued against President Obama’s executive amnesty order.

Hanen called the Obama administration’s response to his Feb. 16 injunction “unacceptable” and “unprofessional.” He also stated that he is “shocked and surprised at the cavalier attitude the Government has taken” towards it. ”

This judge is cute

He still thinks the rule of law exists in this country

There are going to be some disappointed virgins tonight. These guys got all geared up and arrived on scene with AK47s equipped with drum magazines.

They shot an unarmed security guard in the foot.

They should have hosted a website that encouraged children to smoke

Or not have a healthy diet

The all bacon diet

Home of the bacon milkshake

All natural ingredients with no preservatives

Followed up by half a pack of smokes

I think that would have been more effective than their ill planned assault. Witnesses say that after the attack the crowd broke out in a chorus of the star spangled banner.

If I think about her

As the sky runs from

And the sunset bleeds out its final hues

The bustle and blur of modern life

That interjects and controls

In between the weaving lines of traffic

That mar my sunset

And sometimes dull my mind