By David Rose for The Mail on Sunday

“They were duped – and so were we. That was the conclusion of last week’s damning revelation that world leaders signed the Paris Agreement on climate change under the sway of unverified and questionable data.

A landmark scientific paper –the one that caused a sensation by claiming there has been NO slowdown in global warming since 2000 – was critically flawed. And thanks to the bravery of a whistleblower, we now know that for a fact.

The response has been extraordinary, with The Mail on Sunday’s disclosures reverberating around the world. There have been nearly 150,000 Facebook ‘shares’ since last Sunday, an astonishing number for a technically detailed piece, and extensive coverage in media at home and abroad.”

“It has even triggered an inquiry by Congress. Lamar Smith, the Texas Republican who chairs the House of Representatives’ science committee, is renewing demands for documents about the controversial paper, which was produced by America’s National Oceanic and Atmospheric Administration (NOAA), the world’s leading source of climate data.

In his view, the whistleblower had shown that ‘NOAA cheated and got caught’. No wonder Smith and many others are concerned: the revelations go to the very heart of the climate change industry and the scientific claims we are told we can trust.”

“The contentious paper at the heart of this furore – with the less than accessible title of Possible Artifacts Of Data Biases In The Recent Global Surface Warming Hiatus – was published just six months before the Paris conference by the influential journal Science.

It made a sensational claim: that contrary to what scientists have been saying for years, there was no ‘pause’ or ‘slowdown’ in global warming in the early 21st Century.

Indeed, this ‘Pausebuster’ paper as it has become known, claimed the rate of warming was even higher than before, making ‘urgent action’ imperative”

The whistleblower is a man called Dr John Bates, who until last year was one of two NOAA ‘principal scientists’ working on climate issues. And as he explained to the MoS, one key concern is the reliability of new data on sea temperatures issued in 2015 at the same time as the Pausebuster paper.”

“It turns out that when NOAA compiled what is known as the ‘version 4’ dataset, it took reliable readings from buoys but then ‘adjusted’ them upwards – using readings from seawater intakes on ships that act as weather stations.

They did this even though readings from the ships have long been known to be too hot.

No one, to be clear, has ‘tampered’ with the figures. But according to Bates, the way those figures were chosen exaggerated global warming.

And without this new dataset there would have been no Pausebuster paper. If, as previous sea water evidence has shown, there really has been a pause in global warming, then it calls into question the received wisdom about its true scale.

Then there is the matter of timing. Documents obtained by this newspaper show that NOAA, ignoring protests by Dr Bates, held back publication of the version 4 sea dataset several months after it was ready – to intensify the impact of the Pausebuster paper. It also meant more sceptical voices had no chance to examine the figures.”

You know what hurts more than being called fake news or a racial slur?

Hacks are going to hack 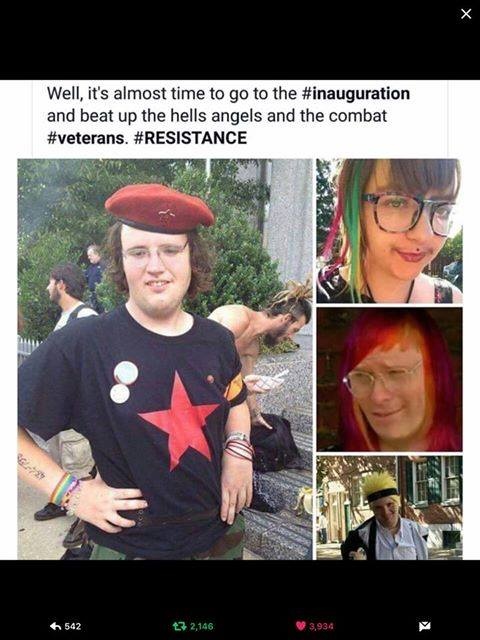 About how I am feeling today

Hilarious: #Trump slams CNN, calls them “Fake news” and refuses to talk to them

“During President-elect Donald Trump’s press conference today, Trump took aim at “fake news” regarding the release of an unverified dossier by Buzzfeed, calling them a “failing piece of garbage.” Following that, he ended up getting into an argument with a CNN reporter, who he also called out during the presser over their report on a two-page synopsis they claim was presented to Trump.

With Trump looking to call on other reporters, Jim Acosta yelled out, “Since you are attacking us, can you give us a question?”

“Not you,” Trump said. “Your organization is terrible!”

Acosta pressed on, “You are attacking our news organization, can you give us a chance to ask a question, sir?” Trump countered by telling him “don’t be rude.”

As those on stage by Trump clapped, Acosta retorted, “Now, Mr. President-elect, that’s not appropriate!”

What an out front asshole

He is really starting to grow on me

Tensions between Washington and the Kremlin have reached Cold War levels amid reports Vladimir Putin is deploying nuke-ready missiles in the Russian province of Kaliningrad – which borders Poland, Belarus and Lithuania.

She said: “The United States was the first to offer additional safety assurance measures to the Baltic countries following the deterioration of the security situation in the region after the annexation of the Crimea”.

She added: “US Special Operations Forces presence in Lithuania is one of the deterrents” against military threats by Putin’s aggressive regime, reports the Express.

Speaking with the NYT, US military chief Gen. Raymond T. Thomas revealed that America has a ‘persistent’ presence in the Baltic states bordering Russia.

He added that many former Eastern Bloc countries are “scared to death” of Russia and that the vulnerable states are “desperate” for America’s leadership.

The US and its NATO allies will send battalions of up to 1,200 to each of the three Baltic states – Lithuania, Latvia and Estonia – and Poland by spring this year, reports the NYT.

He said: “Iskander missiles capable of carrying nuclear warheads have been deployed.There are S-400 missiles and modernised jets.”

“As a result, the first day of the 115th Congress served as a sort of beta test of how some Republicans will react when Trump sics his media power on them. If the most conservative flank tries to buck Trump on a pricey infrastructure deal, how will they handle the heat from Trump’s Twitter feed? If moderate Republicans try to block his moves on health care, will they withstand the heat if Trump goes to Breitbart to attack them by name?

On Tuesday the answer came fast: Run for cover.

“With all that Congress has to work on, do they really have to make the weakening of the Independent Ethics Watchdog . . . their number one act and priority,” Trump asked in a pair of tweets just after 10 a.m., adding that there were “so many other things of far greater importance.”

By 11:50 a.m., literally 10 minutes before the constitutionally mandated start of the new Congress, Ryan and House Majority Leader Kevin McCarthy (R-Calif.) called an emergency meeting. Some Republicans piled into the meeting with their children in tow, there to see their mother or father sworn into another term in Congress.

The night before, by a large margin, House Republicans had approved an amendment to their new rules package for the 115th Congress that would have substantially impaled the investigative capabilities of the Office of Congressional Ethics — an independent body that was formed almost a decade ago after a raft of mostly Republican corruption cases landed in federal courthouses.

The OCE, as it is known, was meant to serve as a quasi-grand jury that would handle complaints from the public and tipsters, as well as reviewing media stories of potentially corrupt acts. If there’s a high likelihood an infraction occurred, it gets referred to the House Ethics Committee, which is evenly split between Republicans and Democrats and has full subpoena power and can mete out punishment.

Lawmakers in both parties have seen the OCE as overly zealous at times, and there have been previous calls to rein in the team of former federal prosecutors who have overseen it the past nine years.”

How about that for priorities?

Day one and they are at it already

Guess I should use my surprise face , Huh? 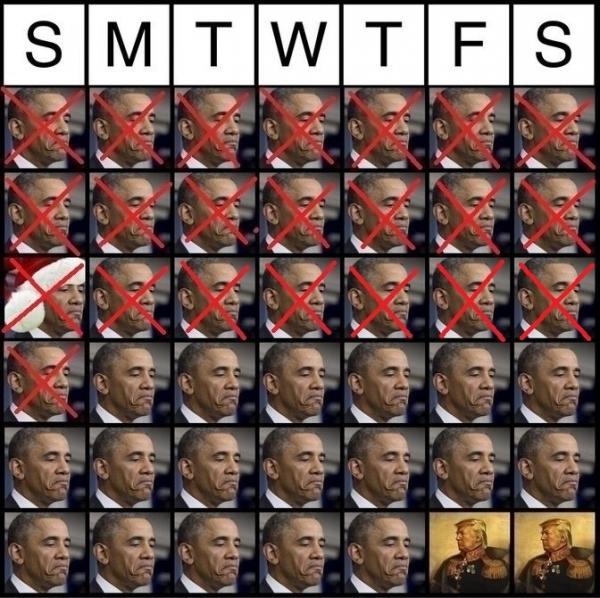 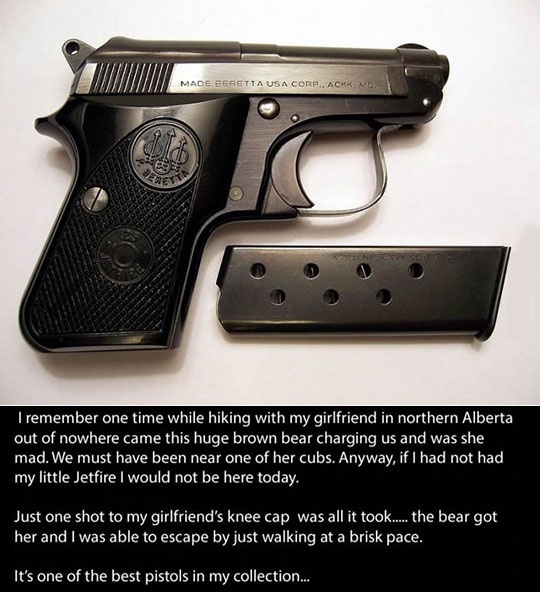 The thin person trying to get out of Hillary

And this qualifies as news….. 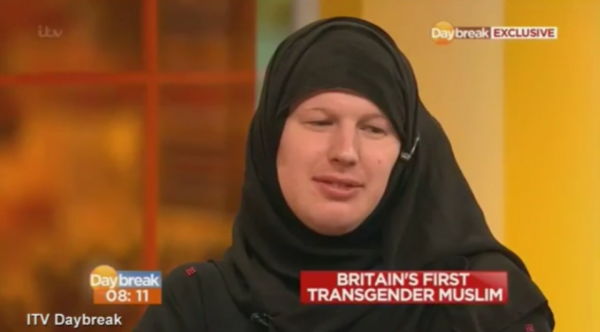 I need to make a WTF? category

It’s more than just the color of sour grapes Let’s bring this to the streets 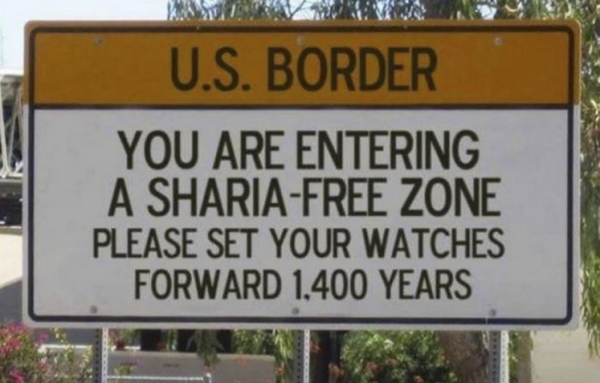