“An unsettling video has emerged of protesters playing the sound of explosions while shouting ‘Allahu Akbar’ to rouse crowds in east London on Tuesday night.

Two men repeatedly shouted Allahu Akbar into a microphone while playing gunshot sounds at volume on a speaker.

A witness, who asked not to be named said: ‘I was alarmed, I didn’t know what was going on. When someone shouts Allahu Akbar while playing gunshot sounds on a speaker it is deliberately trying to alarm.

‘There was a lot of commotion with a big group shouting and cheering whenever the men got closer with the speaker.’

Allahu Akbar translates from Arabic as ‘God is the greatest.’ The phrase has earned an unfortunate association with terrorism because extremists have been heard shouting it during recent attacks.

‘I have no idea what they were doing, but it was clearly some kind of protest,’ the witness said.

A bus driver stopped and asked them to move but the crowd refused and turned the speaker up to drown out the bus driver’s requests, the witness said.

‘I was alarmed at first but you come to expect things like that, it’s become common place in east London.”

Muslims get out the vote to stop Trump

“WASHINGTON — American Muslims are watching in growing horror as Donald J. Trump and Senator Ted Cruz battle for the Republican presidential nomination, outdoing each other with provocative proposals that have included Muslim registries, immigration bans and fleets of police patrolling their neighborhoods.

With round tables, summit meetings and news releases falling on deaf ears, national advocacy groups are planning to fend off policies they consider hostile to Muslims with a more proactive strategy: driving up the Muslim vote.

Organizations like the Council on American-Islamic Relations, known as CAIR, the Islamic Circle of North America and the U.S. Council of Muslim Organizations are encouraging mosques to turn themselves into voter registration centers before the November election so that Muslims can make their voices heard at the polls. Registration drives are expected to ramp up significantly in June, during Ramadan, when attendance at Islamic centers peaks.

“The fear and apprehension in the American Muslim community has never been at this level,” said Ibrahim Hooper, a spokesman for CAIR. “The anti-Islamic tidal wave is spurring civic participation.”

“Russia warned of “a new world war” starting in Syria on Thursday after a dramatic day in which Gulf states threatened to send in ground forces.

Foreign and defence ministers of the leading international states backing different factions in the war-torn country met in separate meetings in Munich and Brussels following the collapse of the latest round of peace talks.

Both Russia and the United States demanded ceasefires in the long-running civil war so that the fight could be concentrated against Islamic State of Iraq and the Levant (Isil) – but each on their own, conflicting terms.”

“But the Gulf states, led by Saudi Arabia, staged their own intervention, saying they were committed to sending ground troops to the country. Their favoured rebel groups have been pulverised by Russian air raids and driven back on the ground by Iranian-supplied pro-regime troops. ”

“They said their declared target was Isil. But the presence of troops from Gulf states which have funded the Syrian rebels would be taken as a hostile act by the Assad regime and its backers, and a sign that they were committed to staking their claim to a say in the final Syrian settlement.

Russia issued a stark warning of the potential consequences. “The Americans and our Arab partners must think well: do they want a permanent war?”

We are not already in a world war ?

Bear in mind that the list is considerably larger now, but I am on a time budget and couldn’t find a current comprehensive one

The only difference now is that Russia is starting to participate

I know that as of 2015 almost everyone of those green shaded areas had insurgencies going on.
Some that I know offhand that are not on the list are Indonesia, Central African republic, Cameroon,Chad,Nigeria and Spain.
Does that sound like a world war to you?
The fuse is already lit on World war III
The only question left is how big the explosion is going to be 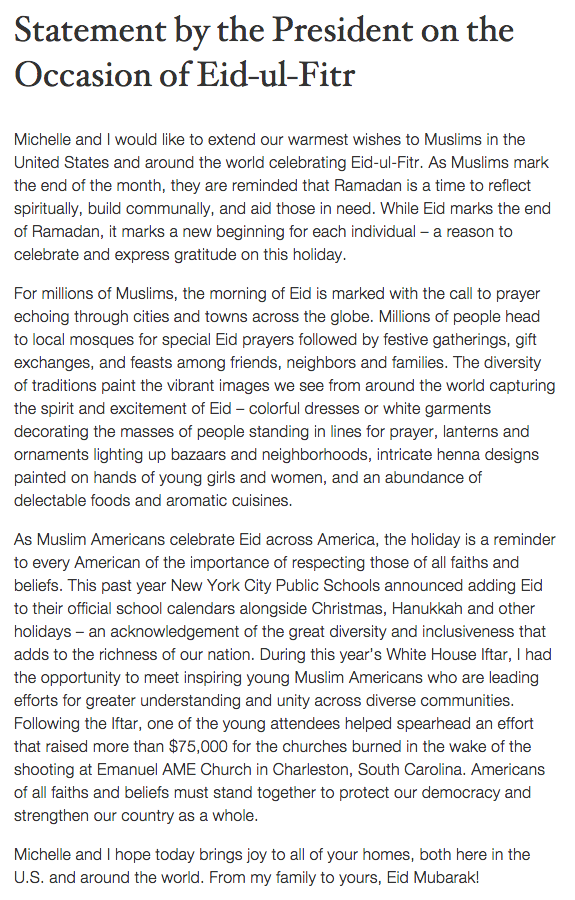 What a chump this moron is

I can’t even say more at the moment

He pushed the OWS Bowel Movement, full of his best friends, inside the United
States and inspired the same movement in North Africa and the Middle East.

When Islamic revolutionaries were climbing over the American Embassy in Cairo,
one of them was wearing the OWS mask commonly seen wherever OWS Bowel Movement rioters were busy defecating and burning.

In the Middle East, Obama wanted a Caliphate.

Why did Mubarak and Qaddafi have to be removed from power?

Answer: Because they cooperated with the United States’ goals of keeping some
kind of peace in the Middle East.

Answer: Because Mubarak and Qaddafi had no intention to share power with the
Muslim Brotherhood.

While the Egyptian Muslim Brotherhood was busy murdering its opponents,
demolishing churches and shooting Egyptian Christians, Obama was sending
billions of dollars in cash and military equipment to the Muslim Brotherhood
government in Cairo.

And then after the Egyptian people, in a dramatic act of democracy, tossed the
Muslim Brotherhood out of power, Obama immediately STOPPED all aid to Egypt.

Why did Syria’s Assad supposedly have to be taken out of power?

Assad had to go because Obama’s Muslim Brotherhood wanted to take power there,
as they did in Libya and Egypt.

Why did Obama suddenly release 5 Taliban generals for one American traitor?

WHAT WAS REALLY GOING ON IN BENGHAZI, and why were we all lied to repeatedly
about some video tape?

Answer: Benghazi was one of the ports being used to ship weapons east to
Syria.

They were not only shipping stolen weapons from the Qaddafi Government.

They were shipping American-made weapons to the Syrian rebels.

Why was Obama shipping weapons east to Syria?

Because Assad was in the way.

You just can’t have a giant and powerful Muslim Caliphate in power with all
these independent dictators running their own countries!

SO WHERE DO YOU THINK ALL THOSE WEAPONS AND ALL THAT MONEY CAME FROM THAT ISIS
STARTED OUT WITH?

ISIS had everything a professional army needed, except for air power.

Look at all their brand-new Toyota pick up trucks!

Obama was told over a year ago what was happening, and HE DID NOTHING BUT
SUPPORT ISIS.

Just a few months ago, Obama declared to Americans, “Don’t worry everybody
– don’t do anything -it’s just the JV Team.”

ISIS is doing whatever it pleases because Obama wanted it that way.”

This is from a commenter on Breitbart news who goes by the handle Ordinary American 2014. I think what he has here is pretty spot on.

Crazed Liberal kills his neighbors over a parking spot. What does the headline read?

The following link is to friends of the deaf international. http://www.friendsofthedeaf.net/

Their stated mission is “Friends of the Deaf is a North Dakota based mission society with a passion for bringing the Good News of Jesus to the “forgotten deaf” in Cameroon and other developing countries. The Forgotten Deaf are.those who are isolated by distance, geography, and marginalized socially, with little chance of learning to read, write, or sign unless they receive help”

I know the Rev. Jarrett personally and he is a self funded missionary that goes to many dangerous places to spread the word of God, including Russia, Ukraine and his current mission in Cameroon. I have warned him many times of the dangers that he could face from proselytizing in Muslim areas but he heeds God instead of me.   The good Reverend is far from wealthy and has used the majority of the money he has made in his life to support his work. He lives in a humble abode in ND with his wife and is currently the Pastor of a small local church. The only way that he finances travel, school buildings,farm animals and such is through donations.   He has no bureaucracy that eats funds; He is a man who jumps on a plane to go sweat in the African heat and build schools.    I would ask of you to please host this link in your blogroll or links area as traffic to his site in the long term would be greatly helpful. If not I understand as we all have reasons as to what we have in links and blogrolls. Thanks and pass it around if you get a chance