“Rio de Janeiro (AFP) – Egyptian judoka Islam El Shehaby was jeered out of the Olympic arena in Rio on Friday after refusing to shake hands with his Israeli opponent.

El Shehaby was beaten by Or Sasson in their heavyweight first round encounter but at the end of the bout, he refused to either bow to the Israeli or shake his hand.

In judo it is customary to both bow to opponents — a sign of respect in Japan — and shake hands after a bout is over.

El Shehaby had been well beaten but stood impassively as Sasson tried to shake his hand.

As he left the mat area, El Shehaby was called back to the centre by the referee to bow.

But he was then loudly jeered out of the arena by angry supporters.

The 32-year-old, a world championship medallist in 2010, had faced pressure on social media and from hardline Islamist groups in his homeland to withdraw from the fight.

Unlike some other Muslim and Arab nations, Egypt has no history of withdrawing from judo bouts against Israelis.

The Egyptian Olympic Committee had insisted before the fight that El Shehaby would compete.”

Did Binyamin Netanyahu address congress to make sure we would not declare war on Israel?

So here is what I think. I think that Bibi came here to make sure that congress is on Israels side if they attack Iran. He knows that only congress has the power to declare war and it is absolutely certain that Israel will not allow Iran to get a nuke.

If Dear Leader® goes ahead and cuts his proposed deal with Iran then somewhere in the future an Israeli attack is a guarantee.

Damn shame that President stompy foot didn’t show at the speech, maybe Bibi would have stabbed him in the throat with a pencil.

“As reported by Arutz Sheva, “The Bethlehem-based news agency Ma’an has cited a Kuwaiti newspaper report Saturday, that US President Barack Obama thwarted an Israeli military attack against Iran’s nuclear facilities in 2014 by threatening to shoot down Israeli jets before they could reach their targets in Iran.” 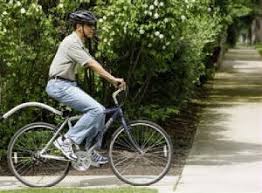 Extremist foreign Jews have once again attacked the Hinterland……