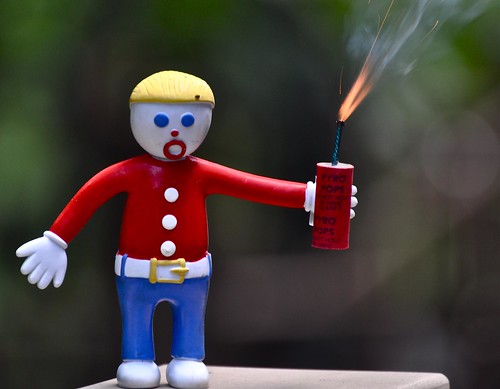 “Former President Barack Obama traveled to Italy this week to make a speech on climate change at the “Seed & Chips: The Global Food Innovation Summit” in the city of Milan.

It seems like Obama has taken a page out of Leonardo DiCaprio’s book of “do as I say, not as I do” and took a private jet to Milan. Not only that, he had a 14 car convoy to get into the city, which also included protection from above with a helicopter.

It doesn’t end there. According to The Daily Mail, 300 police officers were used to protect the former president.”

By David Rose for The Mail on Sunday

“They were duped – and so were we. That was the conclusion of last week’s damning revelation that world leaders signed the Paris Agreement on climate change under the sway of unverified and questionable data.

A landmark scientific paper –the one that caused a sensation by claiming there has been NO slowdown in global warming since 2000 – was critically flawed. And thanks to the bravery of a whistleblower, we now know that for a fact.

The response has been extraordinary, with The Mail on Sunday’s disclosures reverberating around the world. There have been nearly 150,000 Facebook ‘shares’ since last Sunday, an astonishing number for a technically detailed piece, and extensive coverage in media at home and abroad.”

“It has even triggered an inquiry by Congress. Lamar Smith, the Texas Republican who chairs the House of Representatives’ science committee, is renewing demands for documents about the controversial paper, which was produced by America’s National Oceanic and Atmospheric Administration (NOAA), the world’s leading source of climate data.

In his view, the whistleblower had shown that ‘NOAA cheated and got caught’. No wonder Smith and many others are concerned: the revelations go to the very heart of the climate change industry and the scientific claims we are told we can trust.”

“The contentious paper at the heart of this furore – with the less than accessible title of Possible Artifacts Of Data Biases In The Recent Global Surface Warming Hiatus – was published just six months before the Paris conference by the influential journal Science.

It made a sensational claim: that contrary to what scientists have been saying for years, there was no ‘pause’ or ‘slowdown’ in global warming in the early 21st Century.

Indeed, this ‘Pausebuster’ paper as it has become known, claimed the rate of warming was even higher than before, making ‘urgent action’ imperative”

The whistleblower is a man called Dr John Bates, who until last year was one of two NOAA ‘principal scientists’ working on climate issues. And as he explained to the MoS, one key concern is the reliability of new data on sea temperatures issued in 2015 at the same time as the Pausebuster paper.”

“It turns out that when NOAA compiled what is known as the ‘version 4’ dataset, it took reliable readings from buoys but then ‘adjusted’ them upwards – using readings from seawater intakes on ships that act as weather stations.

They did this even though readings from the ships have long been known to be too hot.

No one, to be clear, has ‘tampered’ with the figures. But according to Bates, the way those figures were chosen exaggerated global warming.

And without this new dataset there would have been no Pausebuster paper. If, as previous sea water evidence has shown, there really has been a pause in global warming, then it calls into question the received wisdom about its true scale.

Then there is the matter of timing. Documents obtained by this newspaper show that NOAA, ignoring protests by Dr Bates, held back publication of the version 4 sea dataset several months after it was ready – to intensify the impact of the Pausebuster paper. It also meant more sceptical voices had no chance to examine the figures.”

You know what hurts more than being called fake news or a racial slur?

Hacks are going to hack

“A group of prominent Republicans and business leaders backing a tax on carbon dioxide were taking their case Wednesday to top White House aides, including chief economic adviser Gary Cohn.

The group, including former Treasury Secretaries Hank Paulson and James Baker, is pressing President Donald Trump to tax carbon dioxide in exchange for abolishing a slew of environmental regulations. They unveiled their plan with a press conference in Washington and an op-ed in the Wall Street Journal.

“We know we have an uphill slog to get Republicans interested in this,” Baker said before heading to the White House. But “a conservative, free-market approach is a very Republican way of approaching the problem.”

Other possible attendees at the meeting include the president’s daughter, Ivanka Trump, who weighed climate change policy during the campaign, and Vice President Mike Pence.

The Republican and business leaders, calling themselves the Climate Leadership Council, lend their stature to an approach for addressing climate change that mirrors an idea already advanced by Exxon Mobil Corp. Supporters say the tax is a conservative solution to climate change that replaces a regulatory regime with a free-market approach for addressing the greenhouse gas emissions.”

For the global warming enthusiasts

“President Barack Obama spoke to reporters on Wednesday afternoon on the Paris climate change agreement and, almost on cue, NBC’s Ron Allen connected global warming to Hurricane Matthew set to bear down on the Bahamas, the Carolinas, Georgia, and Florida.

Speaking on MSNBC Live to host Kate Snow, Allen first gushed about how the President “believes so deeply in protecting the environment” that the deal marks “one of the most significant aspects of his legacy” before bringing in Hurricane Matthew as a intriguing “practical matter.” It was “what the president was talking about as the threat that the planet faces and this is what this whole climate agreement signed by 190 nations and now ratified by 60 or so is designed to stop.”

What a bunch of primitives

Just like Danny Glover saying about the Haiti earthquake

“When we see what we did at the climate summit in Copenhagen,: this is the response, this is what happens, you know what I’m sayin’?”

“The CNA advisory panel is headed by retired four-star Army Gen. Paul Kern, who sits on the board of directors of a company that sells climate-detection products to the Pentagon and other government agencies. At least two other board members are employed in businesses that sell climate change expertise and products.”

Who ever would have figured that someone was stuffing their pockets with cash? Just like happy ending Al Gore who has a net worth of $300 million. For every idiot who believes in global warming and shells out cash , there is a line around the block of profiteers happily filling their wallets.      I wish that some of them would come and talk to me. I have some land here in Florida for sale that is perfectly buffered against climate change. Being partly underwater it acts like a giant heat sink and makes it gain heat at a lower rate…..