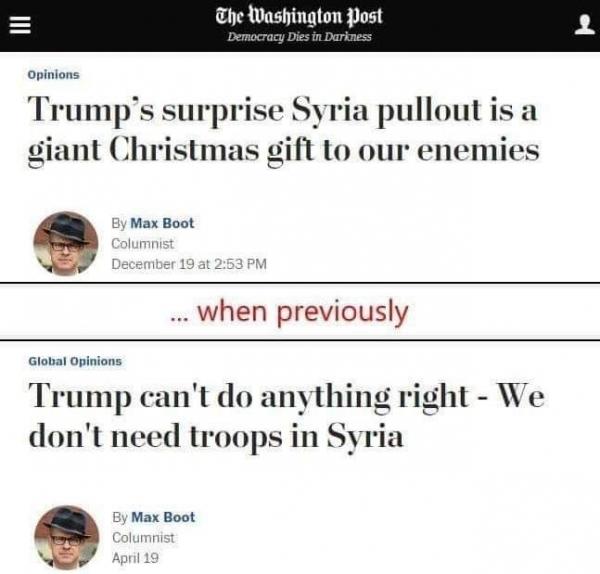 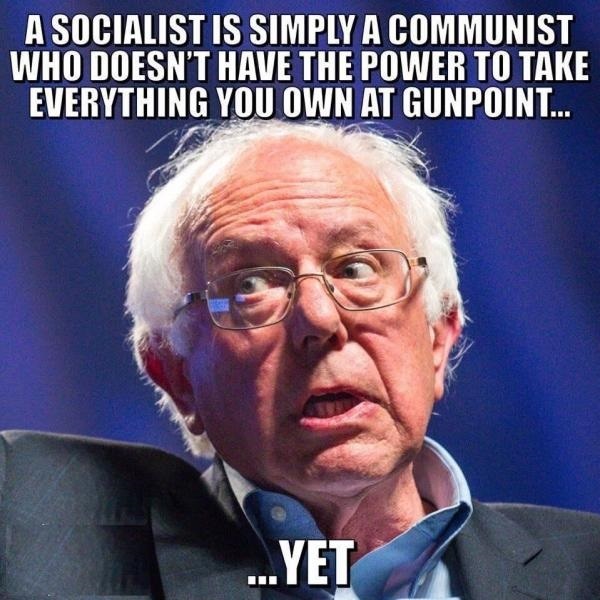 Posted on December 18, 2018 in politics, Uncategorized

“The office of Independent Sen. Bernie Sanders is being accused of wielding its political power in order to seek retribution against a Vermont business owner who ran an ad attacking Sanders over his hypocrisy.

Rodolphe “Skip” Vallee, the CEO of St. Albans-based gasoline distributor and retailer R.L. Vallee, is alleging that Sanders and his senior press adviser, Daniel McLean, conspired against the business owner by drumming up a class-action lawsuit, according to federal court documents.

Vallee, who owns more than 45 gas stations in and around Vermont, produced an anti-Sanders television advertisement that aired locally in September 2014. The advertisement criticized Sanders for lambasting “the rich” over receiving tax breaks and golden parachutes, while his wife Jane Sanders received a $200,000 golden parachute after her involvement in a land deal helped to bankrupt Burlington College while she was president.

The Vermont senator’s office called the ad “pathetic” and referred to Vallee as a “junior varsity version of the Koch brothers.” Only a week later, Bernie Sanders and McLean allegedly sat down with members of the Vermont attorney general’s office where the duo broached suspicion that Vallee’s company was participating in price-fixing. (RELATED: Bernie Sanders Calls To Fight Corruption Despite Wife’s Corruption Case)

Former Assistant Vermont Attorney General Ryan Kriger was one of the officials who met with Bernie Sanders and McLean. His hand recorded notes during the meeting noted that the office of the attorney general should “bring [a] case [against Vallee] just to make a point,” reported Seven Days, an independent Vermont newspaper. It is not clear whether Bernie Sanders or McLean originally made the comment.”

More news from the border… 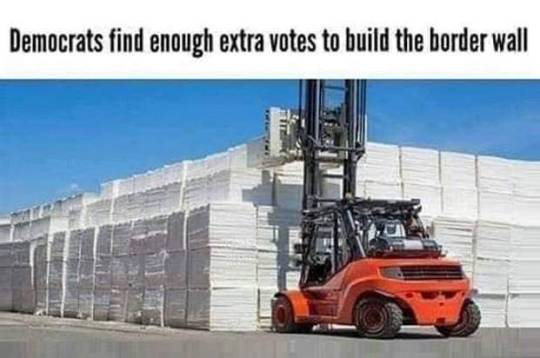 Brenda Snipes, in charge of voting in Broward County, Florida, was just spotted wearing a beautiful dress with 300 I VOTED signs on it. Just kidding, she is a fine, very honorable and highly respected voting tactician! 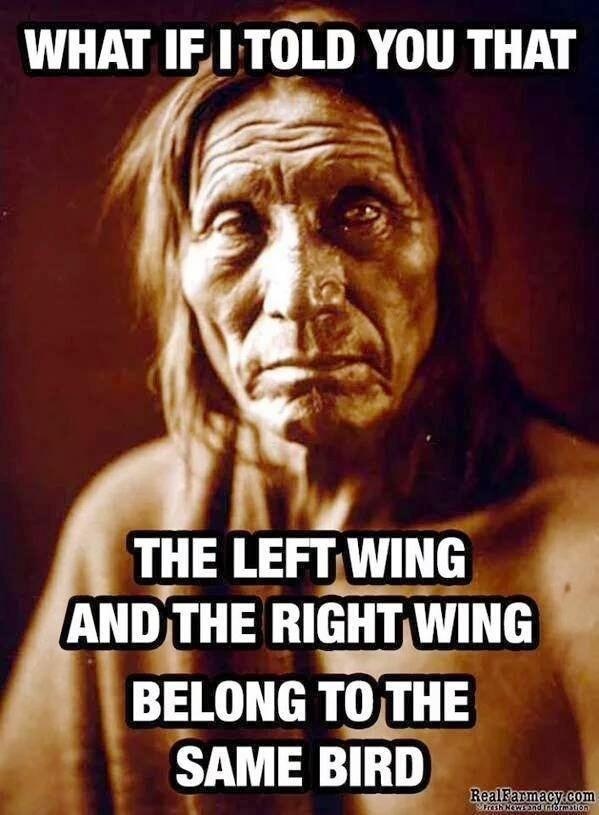 Posted on November 26, 2018 in politics, Uncategorized 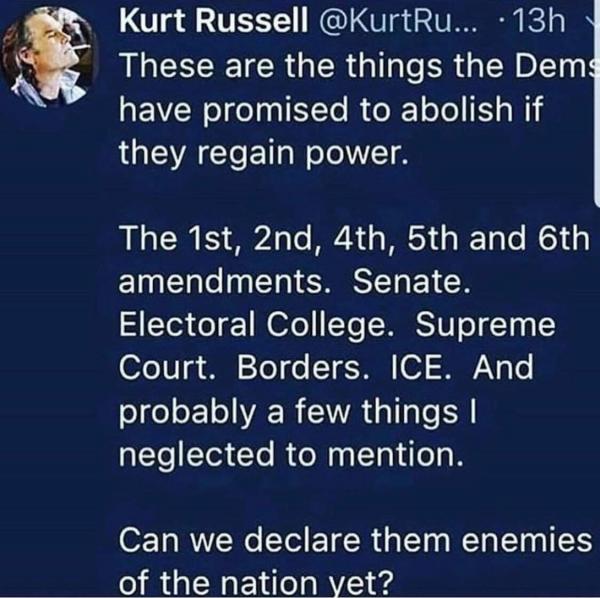 Posted on November 20, 2018 in politics, Uncategorized 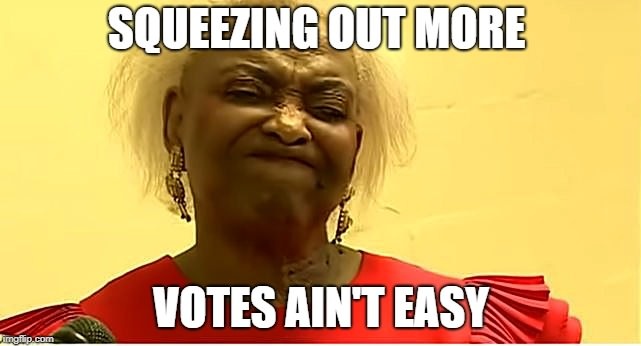 “Fort Lauderdale, Fla. – The top election official in Florida’s heavily Democratic Broward County said late Thursday that the county had uploaded the results of its recount two minutes after the state’s 3 p.m. deadline – making its machine recount tally void. Instead, the county’s results from last Tuesday’s election will stand until manual recount totals in the state’s closely contested Senate race come in Sunday at noon.

The news of the bungled ballot count comes after Snipes boasted about never missing a deadline.”

Worth a thousand words… 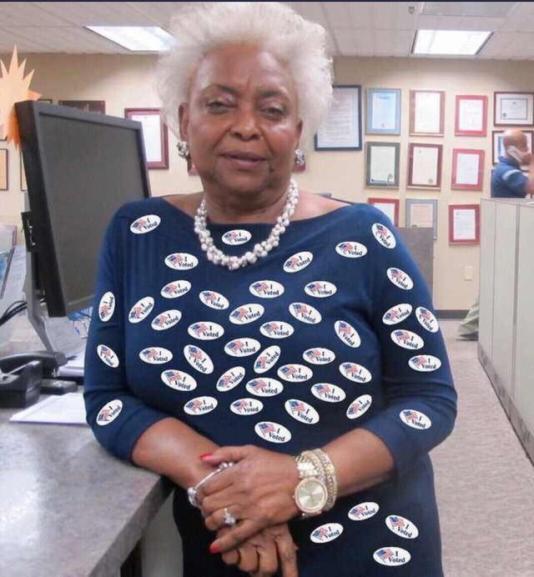 Posted on November 15, 2018 in politics, Uncategorized

Wake up America! Guess what time it is?

Except it’s not funny 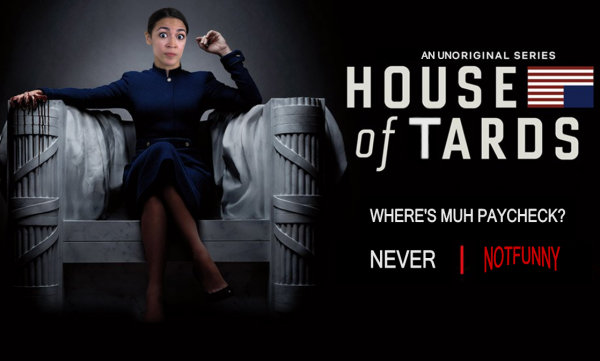 Posted on November 14, 2018 in politics, Uncategorized 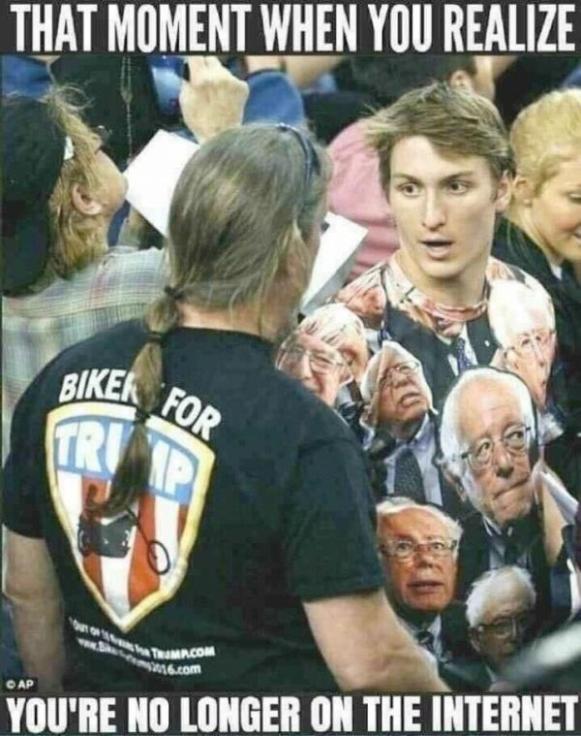 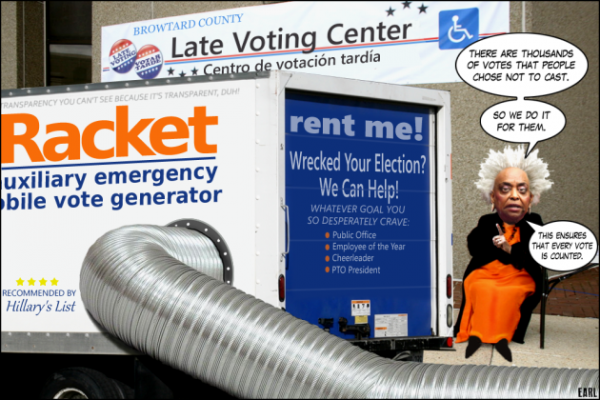 Posted on November 13, 2018 in politics, Uncategorized 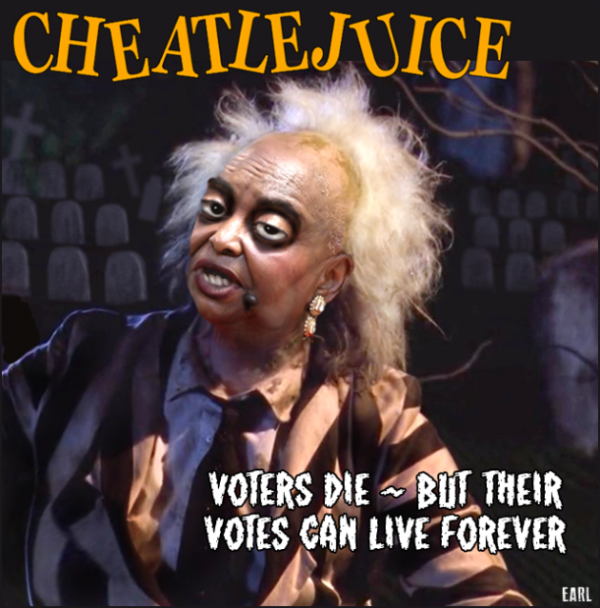 Posted on November 12, 2018 in politics, Uncategorized

“But the whole situation in Florida also feels like a repeat of past political upheaval. That’s thanks to Broward County.

For decades, the county has regularly been a hot zone for election night chaos in both statewide and national races, including the infamous 2000 presidential election. Years of problems have only slapped additional coats of paint on the county’s sordid reputation as a black hole for ballots. Broward County Elections Supervisor Brenda Snipes, the target of Scott’s legal action, has been accused in recent years of illegally destroying ballots and mismanagement..

As The Washington Post reported Thursday, Florida election officials have until Saturday to tally votes to determine whether both the Senate and gubernatorial race will head to a recount. But Snipes on Thursday fueled the latest Broward controversy — and conspiracy theories — when she failed to explain how long her office’s count would take.

“The #Broward Elections Supervisor has been pulling stunts like this for years and we’re not going to let her get away with it,” GOP Chairwoman Ronna McDaniel tweeted Thursday. “#Broward election supervisors ongoing violation of #Florida law requiring timely reporting isn’t just annoying incompetence,” Sen. Marco Rubio (R-Fla.) said on Twitter. “It has opened the door for lawyers to come here & try to steal a seat in the U.S. Senate & Florida Cabinet.”

A Florida teacher accidentally stumbled upon a locked box of ballots two days after Tuesday’s elections — and no one knows if the ballots were used.

Lakeisha Sorey, a teacher at Sunshine Elementary School in Miramar, told the Fort Lauderdale Sun-Sentinel that she found the gray bin, marked “Provisional Ballot Box,” Thursday in the same area where voters lined up two days earlier to cast their votes. Provisional ballots are used in questions of a voter’s eligibility, including a lack of photo identification where required or incorrect information is provided on the registration.

“I didn’t want to touch it,” Sorey said.

So she called her friend, State Rep. Shevrin Jones, for advice. Jones, in turn, called the Broward Supervisor of Elections Office, where a woman told him the ballots were probably blank, despite the box being locked.

“I was shocked about it,” he told the newspaper. “I don’t think you’d lock up extra ballot paper. I’m hoping someone will at least go verify and make sure there are no ballots inside the box.”

A few ballots could go a long way in Florida, where the races for both governor and Senate are fast approaching recount territory.

“Republicans, confident both Nelson and Gillum will lose, have grown clearly annoyed with the process.

But Democrats got a boost on Thursday when late-added votes flipped the leader in the race for Florida agriculture commissioner.

However, as the vote continued to trickle in, Caldwell’s lead shrunk, and two days after the election, Fried has nosed ahead by just over 500 votes.

This race, like the gubernatorial and Senate races, is certainly headed to a recount.”

“Over 100 provisional ballots were rejected in Miami-Dade County on Thursday after election officials said that those people showed up to vote a second time in the same election, according to a local media reporter.

The news comes as Sen. Marco Rubio (R-FL) claimed earlier in the day that the Democrats and Florida election officials with questionable records were trying to “steal” the election in Broward County, which is just north of Miami-Dade County.”

Miami-Dade County is one of the bluest counties in the state of Florida, as nearly two-thirds of the county voted for Hillary Clinton in the 2016 presidential election.

“Stream of aggressive red stamping at Miami-Dade canvassing board as panel rejects provisional ballots from 108 people who showed up to vote a second time in the same election,” Miami Herald reporter Doug Hanks said 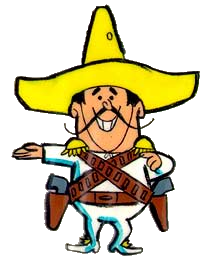 Well not quite, but it is all about race isn’t it? 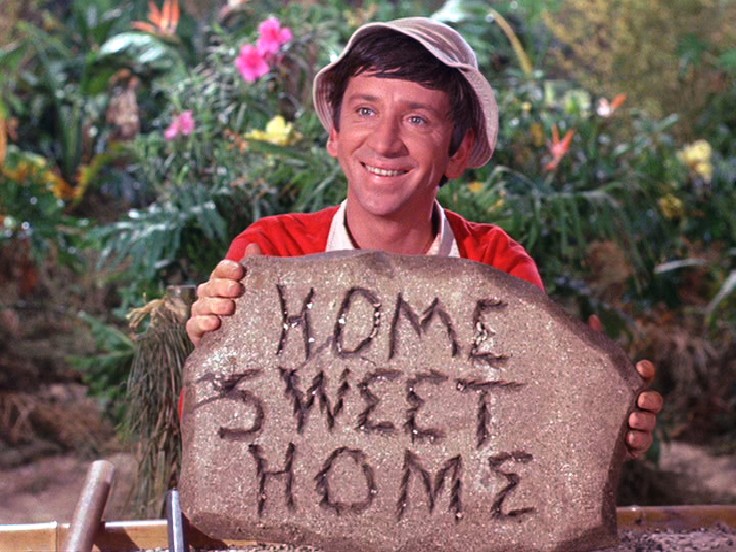 On Tuesday, voters across Leon County and Florida cast their ballots in this year’s midterm elections.

Among the things Floridians were tasked with were electing a new governor, approving amendments and electing a Senator.

What do you know? 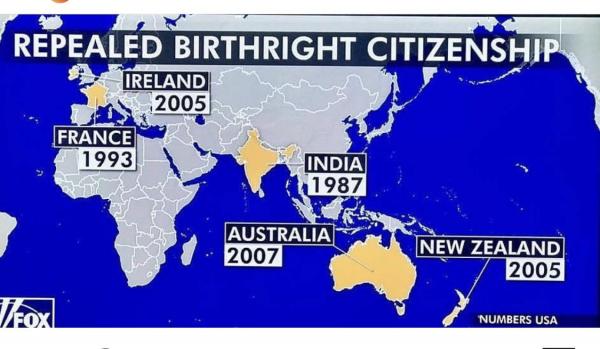 Posted on October 31, 2018 in politics, Uncategorized 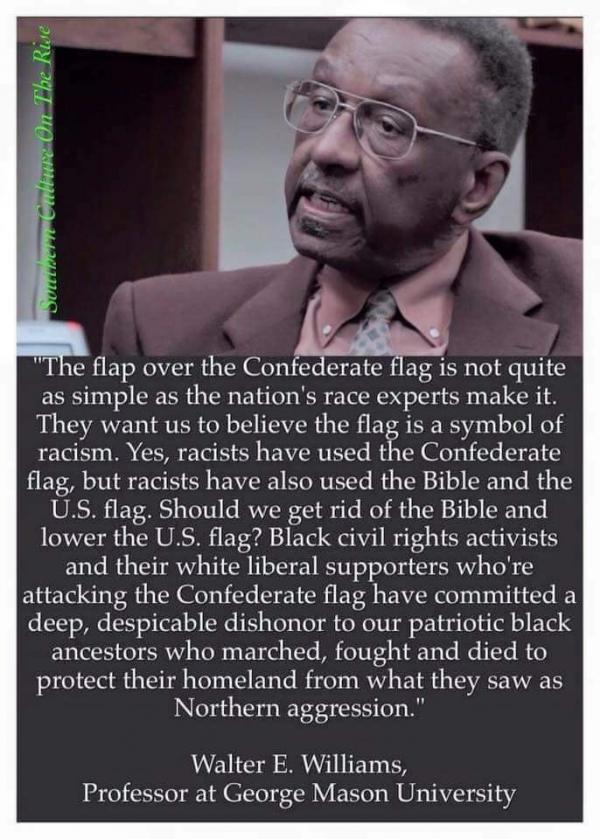 Posted on October 29, 2018 in politics, Uncategorized

Who would have guessed? 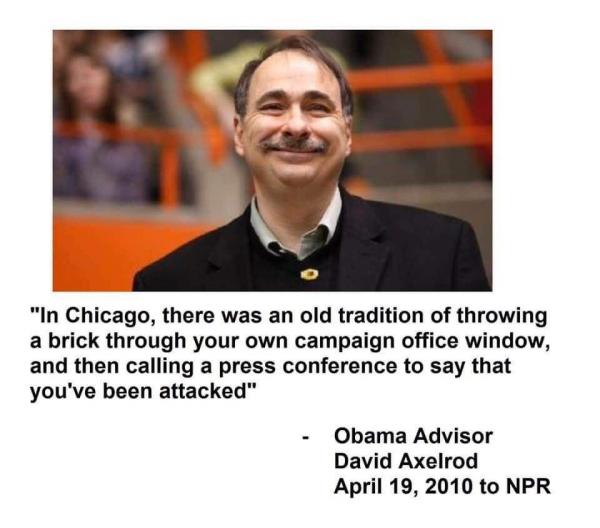 Posted on October 25, 2018 in politics, Uncategorized

The face of the resistance 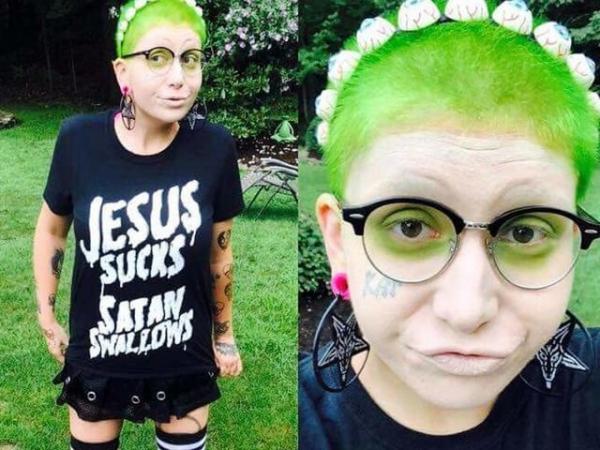 Posted on October 24, 2018 in politics, Uncategorized