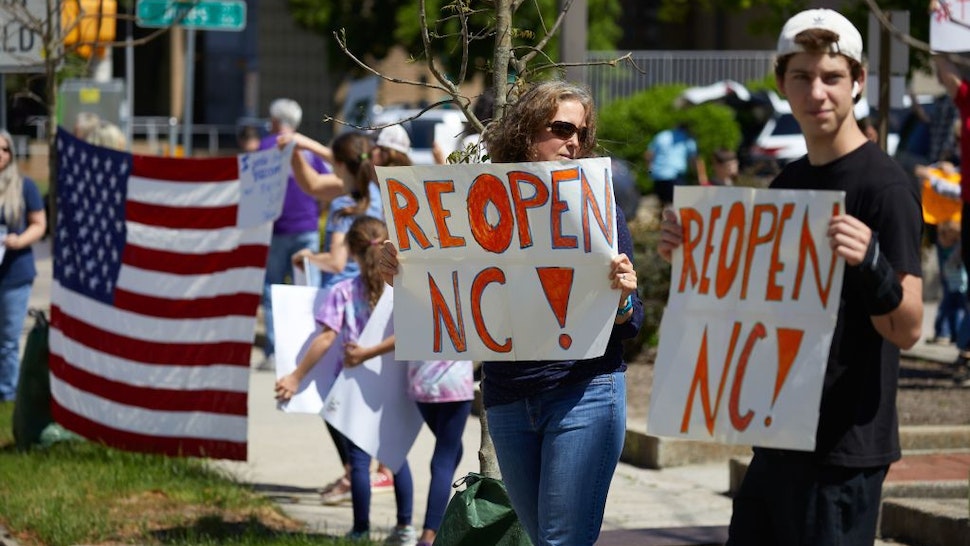 “On Tuesday, police in North Carolina’s capital city arrested at least one protester who had joined a peaceful protest outside the state’s General Assembly building to call on the governor to “reopen” the state. In explanation of why the protest was broken up and at least one demonstrator arrested, the Raleigh Police Department explained on Twitter that “protesting is a non-essential activity.”

So there you have it; The constitution has been officially suspended

The 1st amendment right to assemble and address grievances

Now we all know where we stand

This entry was posted in civil war, Uncategorized. Bookmark the permalink.