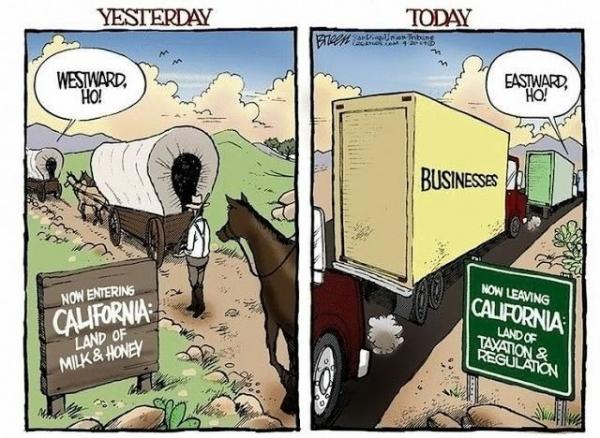 “California Governor Jerry Brown said legal rulings may clear the way for making cuts to public pension benefits, which would go against long-standing assumptions and potentially provide financial relief to the state and its local governments.

Brown said he has a “hunch” the courts would “modify” the so-called California rule, which holds that benefits promised to public employees can’t be rolled back. The state’s Supreme Court is set to hear a case in which lower courts ruled that reductions to pensions are permissible if the payments remain “reasonable” for workers.

“There is more flexibility than there is currently assumed by those who discuss the California rule,” Brown said during a briefing on the budget in Sacramento. He said that in the next recession, the governor “will have the option of considering pension cutbacks for the first time.”

Downturn? What a bunch of ass wipes

Bloomberg is calling it a down turn while the market is at 25,000

It is socialism, not a down turn

And it is being offered up to anyone who can run , jump or swim across the border (No wonder there are no Mexicans in the Olympics)